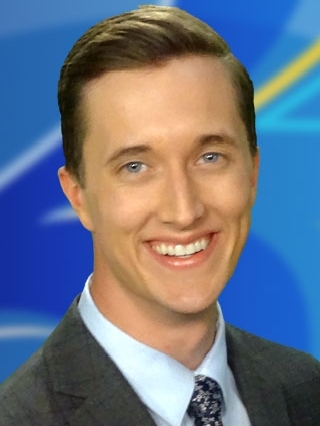 Connect With Will Haenni

Will Haenni joined the Newschannel 3 team in September 2018 as the weekend evening meteorologist. He comes to West Michigan after spending a little more than two years at KRCG in Jefferson City, Missouri.

Will received his bachelor of science degree in meteorology from Valparaiso University in 2016, with minors in mathematics and digital media. During his time in college, he completed internships with Bryan Busby (KMBC - Kansas City) and Tom Skilling (WGN - Chicago). Will also participated in two convective field studies that provided first-hand experience forecasting and tracking severe storms in tornado alley. It was on those trips that he witnessed two tornadoes and numerous supercell thunderstorms in person.

Growing up in St. Louis (Kirkwood), Will vacationed in Grand Haven with his family every summer. This connection furthered his desire to continue his career in the Mitten State. From lake effect snow to severe weather, Will loves the many challenges that forecasting in West Michigan provides.

Will discovered his passion for weather while in high school. Having always excelled in math and science, he sought meteorology as an interesting career path to combine those interests and apply them. He loves the challenge of making science understandable and important to viewers.

While not at work, you’ll often find Will at one of the many disc golf courses in and around the Kalamazoo area. He considers himself a lover of virtually all music, and plays the French horn. Will has also juggled since the age of 9, adding extreme pogo sticking to his repertoire a few years later. During many summers throughout his college years, Will street performed at various locations and events across St. Louis and Kansas City.

Will is excited to serve West Michigan and always looking for new ways to get involved! Whether it’s in person, email or social media, don’t be afraid to reach out to him!