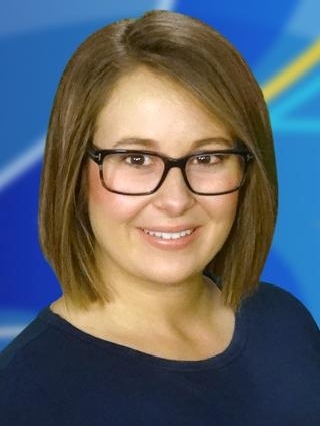 Before moving to West Michigan, Randi spent a little more than two years at KTVL in Medford, Oregon, where she was primarily the morning meteorologist. During her time there, she started off handling the weather forecast reports for the weekend, and did some news reporting during the week. She also spent some time working as a digital content producer on the weekends before making the transition to morning meteorologist. It is safe to say that she found out quickly that she was a morning person and loves morning weather!

Randi graduated from the Ohio University in 2016 with a bachelor of science degree in geography-meteorology. While in her senior year, Randi interned at a small station in Parkersburg, West Virginia, where she fell in love with broadcasting.

Randi grew up just outside of Cincinnati, Ohio, in a suburb called Loveland. That’s where she was bit by the weather bug at the age of 9 when a local meteorologist gave a presentation at her elementary school. She always loved the storms that moved through the Mid-Ohio Valley and from there she followed her dream through high school and all the way into college.

In her spare time, Randi is either enjoying the outdoors with a round of golf or curled up on the couch at home with her cat, Rosalie.

She is very excited to be back in the Midwest and is ready for the fun forecasting to come here in West Michigan!