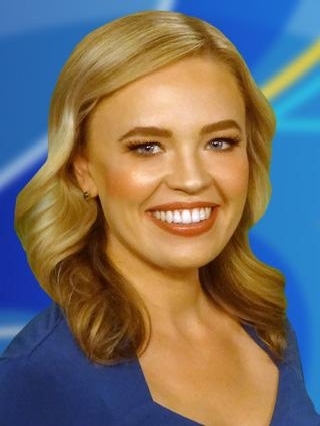 Rachel Glaser is an awarding-winning journalist and investigative reporter who leads the Newschannel 3 I-Team. Rachel joined Newschannel 3 in August 2017 and covers a wide range of topics that impact the community she calls home. Her most recent award is for “Best News Reporter” in 2018 from the Michigan Association of Broadcasters.

Before moving to West Michigan, Rachel worked as a political reporter at the NBC affiliate in Austin, Texas, where she covered the 2017 Texas legislative session and the 2016 presidential election. With nearly a decade of reporting experience, Rachel has previously worked as a general assignment reporter in Rochester, New York, South Bend, Indiana, and Chicago.

Rachel began her broadcasting career as a multimedia journalist and anchor at KOMU-TV in Columbia, Missouri. She also interned abroad at CBS News in London. Rachel earned a bachelor’s degree in journalism from the University of Missouri and is a proud Mizzou Tiger.

Originally from Chicago, Rachel is thrilled to get back to her Midwestern roots and continue a career she loves. Outside of work, Rachel enjoys spending time with family and friends and exploring new places in Michigan.

Rachel is very excited to be a part of the Newschannel 3 family, and to have the opportunity to tell stories that provoke thought and inspire change within her very own community. She hopes her work helps give a voice to the voiceless.