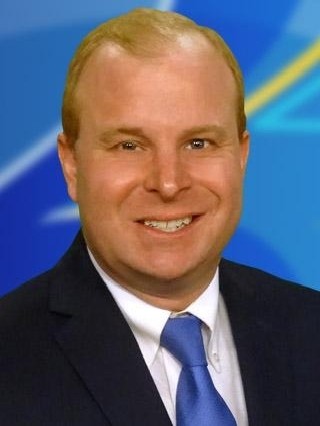 Mike Krafcik is an award-winning investigative reporter who helps lead the Newschannel 3 I-team. Mike joined WWMT Newschannel 3 in 2016 and covers a wide range of stories impacting the West Michigan community.

Mike was recently nominated for a 2021 Michigan Regional EMMY for a series of investigative stories into the death of a teenage boy at Lakeside Academy, a for-profit youth facility later shut down by the state of Michigan.

With more than a decade of reporting experience, Mike previously worked as a general assignment reporter in Hartford, Connecticut and a political reporter in Knoxville, Tennessee.

While not working, Mike loves to travel and explore the beautiful state of Michigan. He's also an avid sports fan who loves the New York Yankees and New York Giants.

Mike is always looking for story ideas, volunteer opportunities and other ways to be more involved in the community. Send me an email: mkrafcik@wwmt.com.