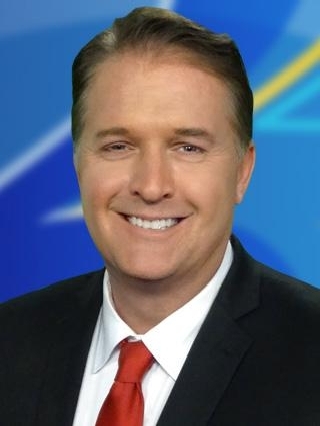 Kirk is a life-long midwesterner who has been co-anchoring the WWMT morning show since 2014, and is excited by the opportunity to raise his family in West Michigan.

Kirk has more than 20 years of experience working in television news. Previously he was the morning and noon show anchor for WSBT-TV in South Bend, Indiana. The market includes part of Southwest Michigan, giving Kirk many years of experience covering Michigan. During his time in South Bend, the Associated Press named Kirk as Indiana's best reporter. He was also honored for an investigative report that raised concerns about the safety of a local community's drinking water.

His experience as a reporter includes a trip to Vietnam with Indiana's former Gov. Joe Kernan to search for the village where his plane was shot down during the war. The future governor was captured and held for months as a prisoner of war. This was Kernan's first trip back to Vietnam.

Kirk also traveled to the White House when the University of Notre Dame women's basketball team was honored for winning a national championship, and visited Fort Hood, Texas, to see how local military reservists were protecting the military base after the terrorist attacks of Sept. 11, 2001.

Prior to South Bend, Kirk worked at KSPR-TV in Springfield, Missouri, and WFJW-TV in Rhinelander, Wisconsin.

Kirk's wife, Carolyn, grew up in Southwest Michigan and graduated from Michigan State. They have two sons, Luke, and Graham.