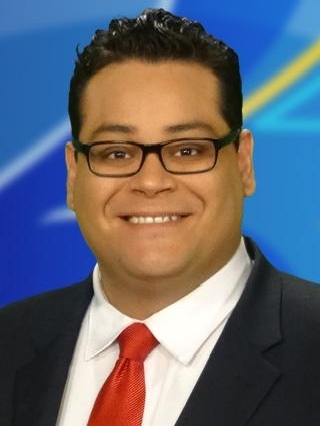 Jorge Rodas joined Newschannel 3 in June 2018 as a reporter and anchor. He comes to Michigan from KXAN-TV, the NBC affiliate in Austin, Texas.

Jorge is a midwesterner. Growing up on the streets of Chicago, Jorge was exposed to both the horrors and beauties of living in a major American city.

Drugs and gangs flourished in his neighborhood. Many in his family took to that life. Jorge avoided trouble and instead used his life experiences to fuel his passion for the news.

Jorge studied journalism at Northern Illinois University. He interned at ABC 7 Chicago before becoming a fulltime reporter for WIFR-TV, the CBS affiliate in Rockford, Illinois. He then spent two years at WBAY-TV in Green Bay, Wisconsin, before heading to Texas.

Jorge is married to WWMT Newschannel 3 producer Andrea Azzo. Together they have a young son named Jorge, III.

If you have any story ideas, feel free to send Jorge and email.