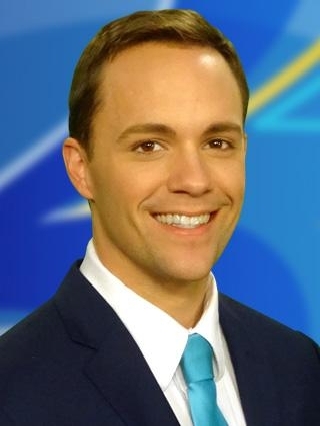 Jason Puhr joined the WWMT team in May of 2017. He currently anchors Newschannel 3’s weekend morning shows, and reports during the week.

Before making the move to West Michigan, Jason spent 2 years as the morning reporter for WKEF/WRGT in Dayton, Ohio. During his time there, Jason reported on the morning show, filled in on the anchor desk, worked as a photographer covering breaking news, and worked as the sideline reporter for Thursday Night Lights which featured a local high school football matchup every week.

Jason graduated from Ball State University in 2015 with a Bachelor’s degree in Telecommunications and Journalism, and an Honor’s College degree. In school Jason worked for Indiana Public Radio as a Board Operator and Reporter. He also was a Kicker/Punter for Ball State’s football team for 4 years, but has agreed to cheer for the Broncos unless they’re playing the Cardinals! Jason got his start in TV News with BSU’s Newslink Indiana, which broadcasts a half hour show across the state. For Newslink, he worked on reporting, anchoring, and even got to try being a Meteorologist.

Jason grew up in Smyrna, Tennessee, which is about 20 miles southeast of Nashville. Jason went to Blackman High School where he played football, soccer, ultimate Frisbee, as well as singing in the choir and dancing for the theatre program. His interest in News started in elementary school, and he carried that through his high school media program into college.

In his spare time, Jason is either at home with his wife, Corri, or on a disc golf course. Jason hopes to eventually play a course in every state, and currently has played around 150 courses in 15 states and Canada.