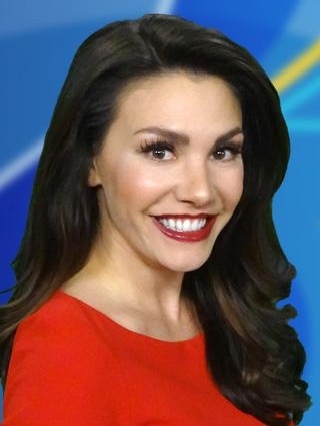 Before making West Michigan her new home, Erica spent 5 years at WTOV (NBC-FOX) in the Steubenville, Ohio\Wheeling, W.Va. television market. While finishing her final semester at West Virginia University, Erica joined WTOV in December 2011. She was promoted to Weekday Morning Anchor in May 2012. In March 2013, she became the station’s main female anchor, delivering the news at 5, 6 and 11 p.m. When WTOV added a FOX affiliation in October 2014, Erica added anchoring the 10 p.m. newscast to her duties.

Erica had the opportunity to host WTOV’s broadcasts of events ranging from Christmas parades to cheering competitions and beauty pageants, but none were bigger than Jamboree in the Hills. Twice named as the Country Music Association’s “Event of the Year,” Jamboree in the Hills is a 4-day country music mega concert that has been televised live by WTOV for 25 of its 40 years. Erica anchored the live television broadcast of the event, and travelled to the CMA Music Fest in Nashville each June to produce a preview show for the festival. Because of her involvement, she’s been fortunate enough to have interviewed a number of country music singers, including Brad Paisley, Lee Brice, Sara Evans and Neal McCoy.

Erica has a degree in television journalism with a minor in communication studies. While attending WVU, Erica anchored and reported for West Virginia University's student-run award winning newscast, WVU News. Her work on the desk was recognized by The Broadcast Education Association when she was named “Best Television Anchor" in 2011.

Erica also worked as a reporter at the campus radio station, WWVU-FM/U-92.

While studying journalism, Erica interned at WDTV in Clarksburg, W.Va., and KDKA-TV in Pittsburgh. She was also a member of the Pittsburgh CW Green Team where she starred in several commercials.

Erica is proud to say she grew up in Belle Vernon, Pa., a small town south of Pittsburgh. Her interest in reporting the news started in middle school when she was given the duty of delivering the morning announcements.

In her free time, Erica enjoys spending time with family and friends, working out, trying new recipes and feeding her shopping addiction.

Erica is thrilled to be a part of the Newschannel 3 family and greet the people of West Michigan with a smile each and every morning.