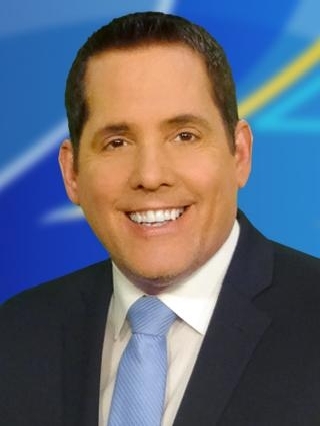 Andy Pepper started at Newschannel 3 in 2007. After spending nearly eight years as a reporter and weekend anchor, he was promoted to sports director in January 2015.

Andy began his career at WBOC in Salisbury, Maryland. Despite his best efforts, he didn’t love eating crabs. The crab cakes, however, were a different story. Andy started as a videographer, and spent several months as a news reporter, before eventually being named weekend sports anchor.

Andy then spent three years as a sports reporter at WBRZ in Baton Rouge, Louisiana. Despite his best efforts, he didn’t love eating crawfish. However, he did love N’awlins, Mardi Gras and “learning just how insane SEC football fans are," he said respectfully.

Andy is on the advisory board of the Kalamazoo Salvation Army, and the fundraising board for the Kalamazoo Humane Society. He participates in the Polar Plunge every February, and has raised more than $21,000 since 2009 (with an ultimate goal of $75,000) for Special Olympics.

Andy also holds an "18 hour Bell Ringing Marathon" every November to raise awareness of the need for volunteer Salvation Army bell ringers during the holiday season. He is also the emcee for the annual Kalamazoo Summer Stroll for Epilepsy, the Walk to Defeat ALS and the West Michigan Congenital Heart Walk.

The Rome, New York, native is married to Portage Northern graduate and former Western Michigan University tennis player Melanie Remynse. They have three children, Genevieve, Killian and Declan. Says Andy, “there is nothing better in the world than being a Dad."