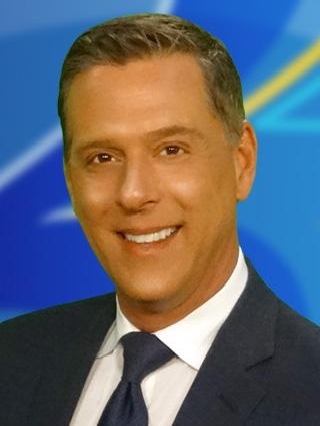 Andy Dominianni anchors Newschannel 3 weeknights at 5, 6 and 11pm as well as Newschannel 3 Live at 10 on the CW7. He is very familiar with the anchor chair at Newschannel 3 having served as WWMT-TV's morning anchor from 1997 to 1999 and is a graduate of Kalamazoo College.

Andy has been honored with many journalistic awards, including two Emmy nominations from the National Academy of Television Arts and Sciences, and a Best Documentary Award from The Associated Press. He returns to the Grand Rapids/Kalamazoo/Battle Creek market having held weekday anchor positions in Charlotte, Columbus, OH and at the CBS owned and operated WCCO-TV in Minneapolis/St. Paul.

Andy is a frequently requested guest speaker and emcee in the Kalamazoo area and an active volunteer. He serves as Chairman of the Discover Kalamazoo board of directors (2018), a board member of the Kalamazoo Symphony Orchestra, the Community Healing Center, as well as being a founding member of the Kalamazoo Italian American Club. He also produces a monthly segment on Newschannel 3 Live at 5 to benefit Big Brothers Big Sisters of Southwest Michigan, and was named the 2016 "Child Advocate of the Year." In his 20-plus year career, Andy has reported from all over the world including Port-Au-Prince, Haiti and Brussels, Belgium. He co-authored, along with his wife, "Columbus Italians" for Arcadia Publishing and recently appeared on the nationally syndicated "Dr. Phil" show. He enjoys tennis, biking, bocce, Italian cooking, and traveling. Andy and his wife Erin live in Kalamazoo along with their two children Riley and Will.